"The best thing about working with SmartDocuments is that you hardly notice it."

The Municipality of The Hague is a large municipality with numerous departments and services, resulting in a colossal number of products and applications. The functional management of SmartDocuments is part of the Information Services Department of the Operational Management Expertise Centre (BEC), one of the support departments. The BEC manages many permit applications for the municipal departments.

"It is a very generic solution for managing Word templates. This could be introduced at a number of other places in the municipality as well."

Separating the templates from the data

Marco Boot is the functional manager at the Municipality of The Hague and is responsible for the various permit applications. These applications have been processed using SmartDocuments for many years now. Marco does not know how the municipality first came in contact with SmartDocuments over 15 years ago, but he does know why. Marco: "We were using WordPerfect at the time. The letter templates and the data were normally put in the same document, but we wanted to separate the templates from the data. We were switching over to Word, so we needed new templates. SmartDocuments made it easy to manage the new templates and provided us with a large range of options for structuring the templates."

"I was the point of contact and responsible for launching the project alongside SmartDocuments, which, at the time, was still known as High Concept. It was a smooth collaboration. They made a proposal for the solutions and showed us how to set everything up," recalls Marco. The Municipality of The Hague set to work on the technical side of the templates and took care of converting the data part. At the same time, SmartDocuments worked on converting the WordPerfect templates into Word templates. This was quite the project, given that the Municipality of The Hague had around 1,000 templates that needed converting and checking. It took a long time to complete, especially since it involved a substantial amount of manual work.

All said and done, the project took about a year. During this time, two of SmartDocuments' employees were working in the offices of the Municipality of The Hague on a regular basis, which Marco saw as a major plus: "With a project as large as this, it was crucial. You have to work together well to make sure the process runs smoothly." And the process certainly did run smoothly. Marco: "It is a very generic solution for managing Word templates. This could be introduced in a number of other departments of the municipality as well. Functional Management has created a custom solution that retrieves the data from the file application and forwards it to SmartDocuments as an XML file. This allows us to send templates based on the data in the file." 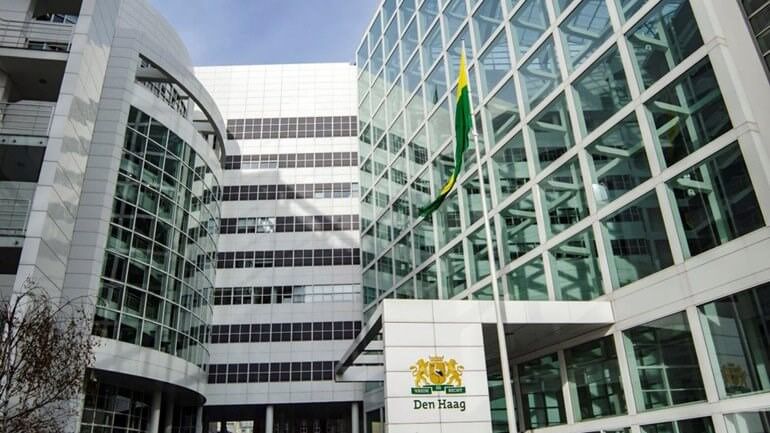 City hall of the Municipality of The Hague

Every project poses a certain degree of difficulty, and this project was no exception. The Municipality of The Hague works with different types of letters, which are all set up in different ways. For instance, they have letter types made up of numerous building blocks and even some containing multiple sub-letters. "We also use merged letters, such as letters with multiple recipients. In addition, some letters need to include the contents of previous letters," adds Marco. "That’s already two types of documents that need their own approach in terms of structure. SmartDocuments had to devise a custom solution here."

A link to the permit system was required, but did not yet exist at that time. The municipality wanted to be able to invoke SmartDocuments from within the permit system itself. That meant that the problem did not lie in the ‘execution’, but rather in the front end of the system. SmartDocuments took up the challenge and created a variety of custom solutions. "And the solutions they provided were great," Marco adds.

A massive project, but no major stumbling blocks

Over 15 years later, it is still plain to see the project was massive. All the same, Marco is satisfied with the results and cannot recall any major stumbling blocks: "Because they were here working with us, they could really see how everything worked on our end and were always able to come up with the right solutions. What they delivered worked. It just took a lot of work to build the templates."

Marco can certainly see that SmartDocuments is currently enjoying rapid growth. During the last joint project, the Municipality of The Hague noticed that SmartDocuments employees had a lot more work back at the office than was the case earlier. "We recently completed another large project with SmartDocuments, where we migrated from the older version to the web version. SmartDocuments was happy to manage and guide the process, so at certain times, we also had their consultants in our organization. They brought a lot of added value this time as well, though it didn’t go quite as smoothly as when we first started working with SmartDocuments years ago. This was partly because the technical side is handled in a different department at the municipality," he explains.

"They always came up with the right solution"

A different way of working

Working with SmartDocuments saves the municipality a lot of time, especially by eliminating all the cutting and pasting. Marco: "Letters are quick and easy to draft, so template management works well. It also offers plenty of advantages for information management. For instance, in the new version in particular, it is easy to find and edit specific texts."

And for the users? Marco again highlights the same strength—people hardly notice it. "They don’t have to deal with the process. The letter just appears," he explains.

Marco is very satisfied with the collaboration with SmartDocuments: "It was definitely a big plus that their people were on the ground with us at the time, working on solutions together. The communication style was highly personal. It doesn't feel like you’re dealing with a big corporation. Instead, it feels like you’re working with real people."

An added bonus that Marco mentioned was the influence that SmartDocuments' clients have when it comes to innovations. Marco: "They take surveys to get an idea of the current situation and to identify what is required. As part of the user group, we are able to share our experiences. Unfortunately, the way we work with SmartDocuments is so different from other users that our requests often don’t line up. Regardless, it's still a wonderful initiative from SmartDocuments!"